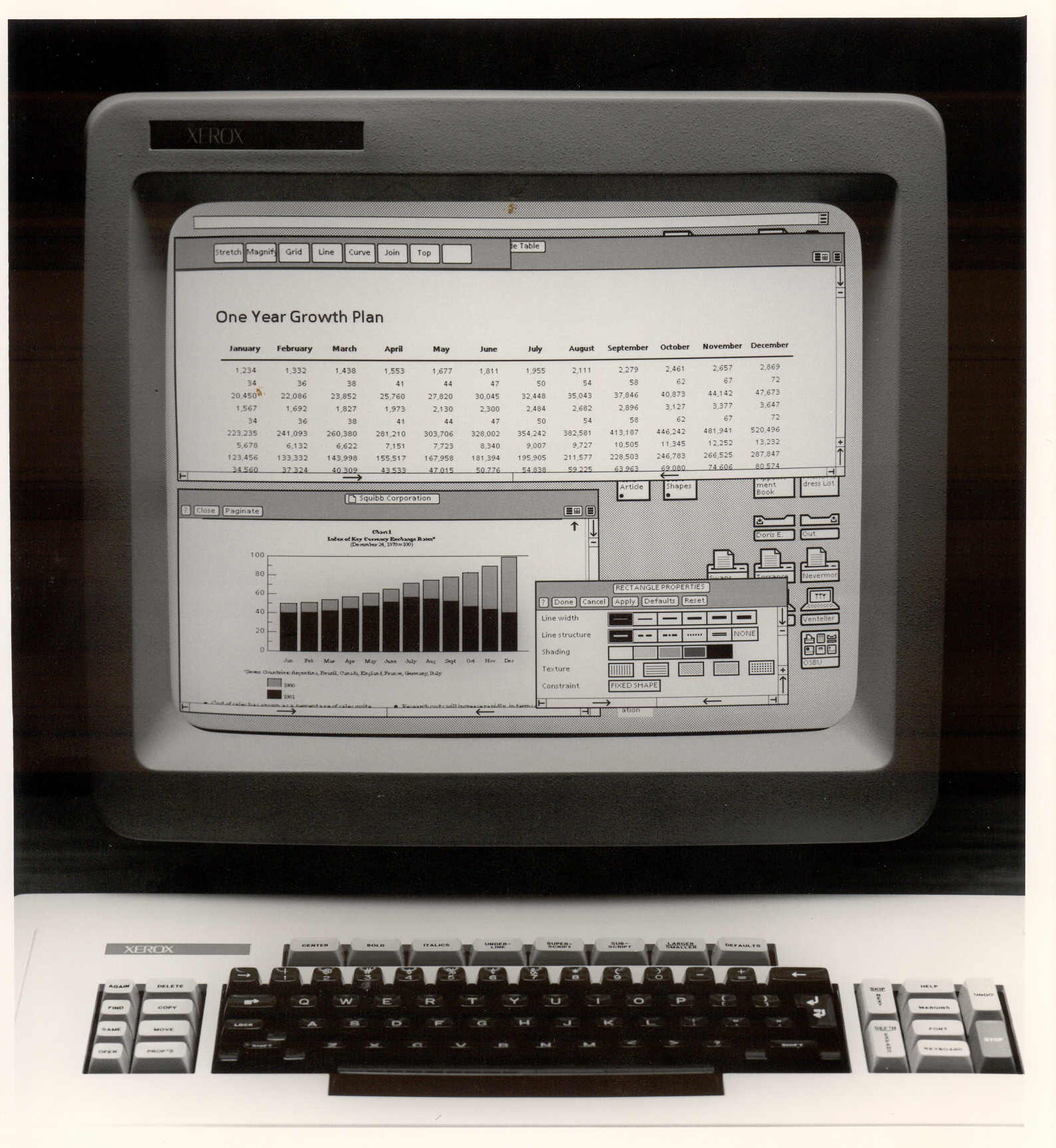 As part of the work we are undertaking to examine the genealogy of the dashboard in relation to other technical devices of decision-making we came across the Xerox Star 8010. The launch of the Xerox Star 8010 in 1981 has been considered by many as a landmark in the history of computing. This is because a number of Xerox Star’s design principles later became widespread and established as part of computer and interface design more broadly. In an article entitled The Xerox Star: A Retrospective several of Star’s designers offered clues on why some of the design principles used – like iconic analogies with office objects and progressive disclosure interfaces –  later became prevalent. The picture above shows a dashboard display enabled by Xerox’s GUI interface. The picture below is a screenshot of the Xerox Star’s interface start screen which pioneered the desktop metaphor, window and icon arrangement. The launch of Xerox Star also came accompanied by a 1982’s state of the art demonstration, accessible here.